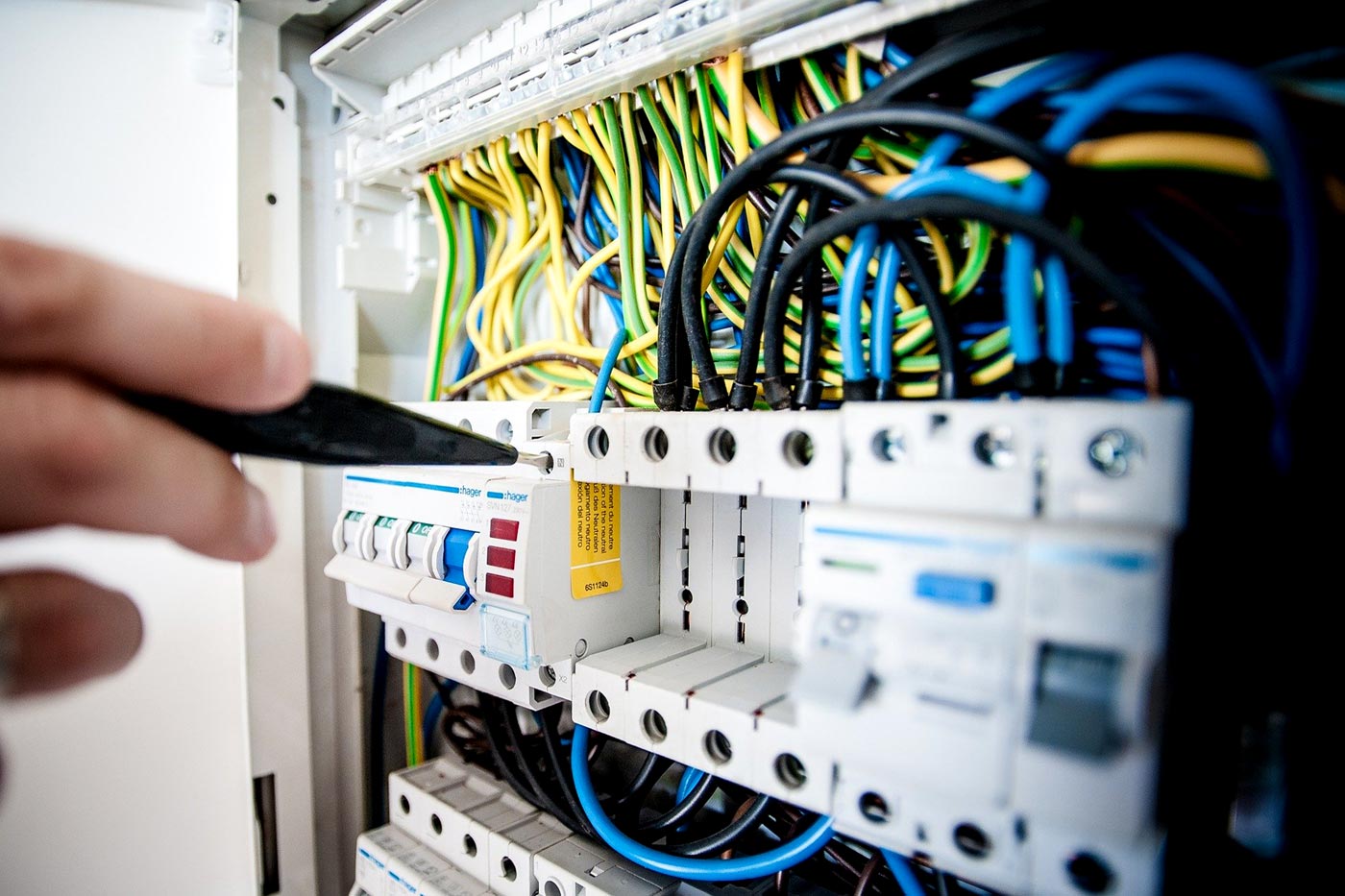 Old electrical fuse boards can be dangerous. The way we use electricity isn’t uniform, and technology has changed so drastically over the last 2 decades, that we now constantly use devices that were barely even in existence earlier. Televisions are usually mounted, speakers unplugged, and Wi-Fi routers are used 24×7. Along with this, we use mobile phones and laptops that require daily charging.

If your house is old and its electrical wiring hasn’t been changed in a while, there’s a chance it won’t be able to take the electrical load these devices produce. These changes have called for new fuse boxes as well, and it’s important to replace and update yours if it’s obsolete.

Expert electricians who can diagnose problems and fix your fuse board

How do I know I need to replace my fuse board?

An old fuse board needs to be replaced because it may not be equipped to handle the electrical load of new technology. Another few signs that point towards fuse board replacement are if you keep having short circuits, you see signs of electrical fires, or your lights dim and flicker while using other appliances.

Why does a fuse box blow?

There are 2 main reasons a fuse can blow. The first and more common reason is that it’s overloaded. Too many electrical appliances are plugged in, and cause the circuit to break and metal ribbon inside the fuse to melt. The result is that all the appliances powered by that circuit will suddenly go off. If this happens you can replace the fuse immediately, but a long-term solution would be distributing the electric load, i.e. moving appliances to other circuits.

Another reason is a short circuit. This usually occurs because of loose wiring, damaged wires along a circuit, or an internal wiring issue in an appliance. It’s also possible if wiring has been chewed through by a rodent. In this case, the short circuit must be fixed before the fuse is replaced.